Solar technology is changing the way we use energy in various industries as well as in our homes. The hybrid inverter is one of three cores for solar power systems. At the same time, there are a variety of solar inverters on the market, such as the Battery Inverter, the Off Grid Solar Inverter, etc. 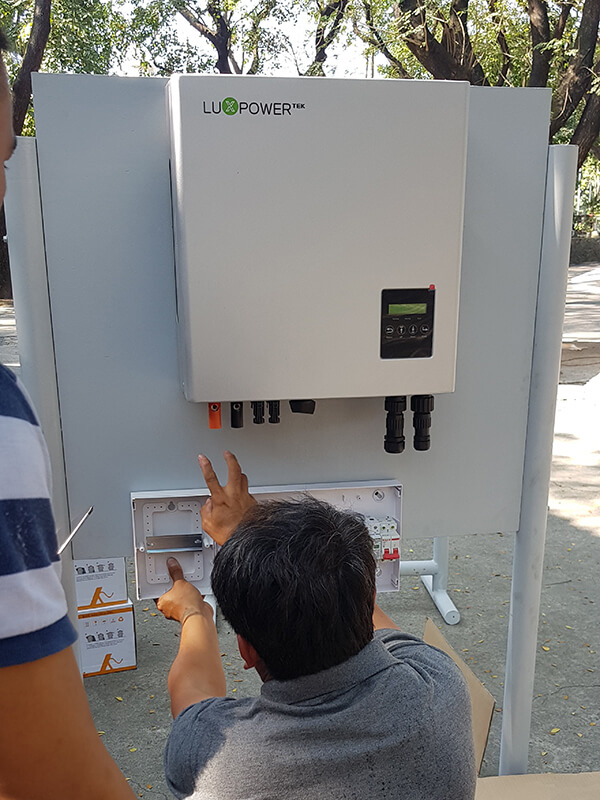 What is a solar hybrid inverter?

A hybrid inverter is a machine that converts DC generated by a solar panel into AC for household appliances. A hybrid solar inverter stores excess solar energy in a storage system that can be used for it, much like a grid-tied.

The stored AC power is then converted from the batteries to power the load when needed. Many hybrid inverters are able to operate without batteries and can export excess solar energy to the grid. A hybrid inverter can be used in conjunction with a solar panel system. That’s because it can use as both a power inverter for solar panels and solar cells. 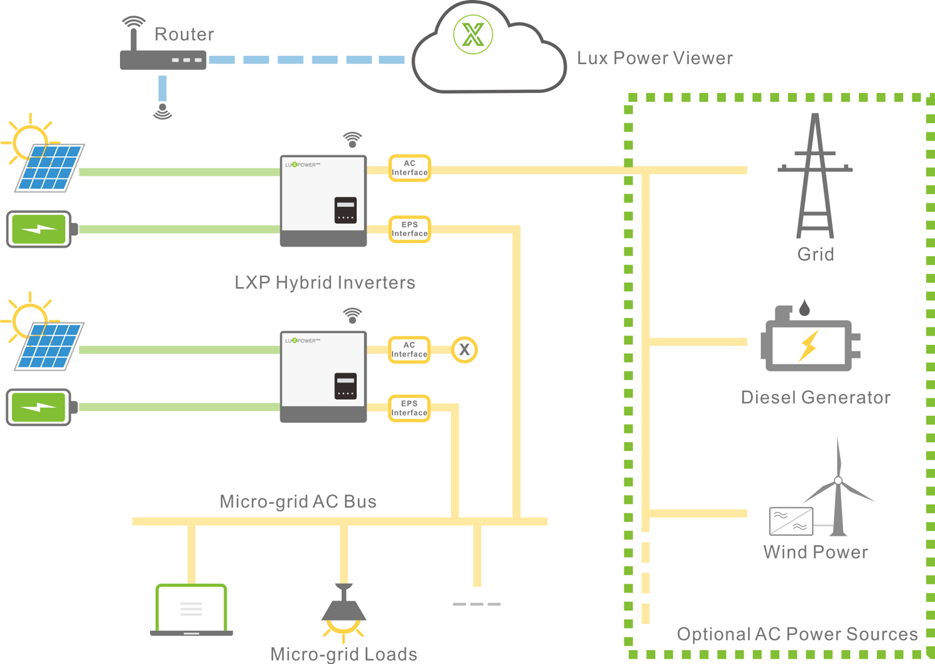 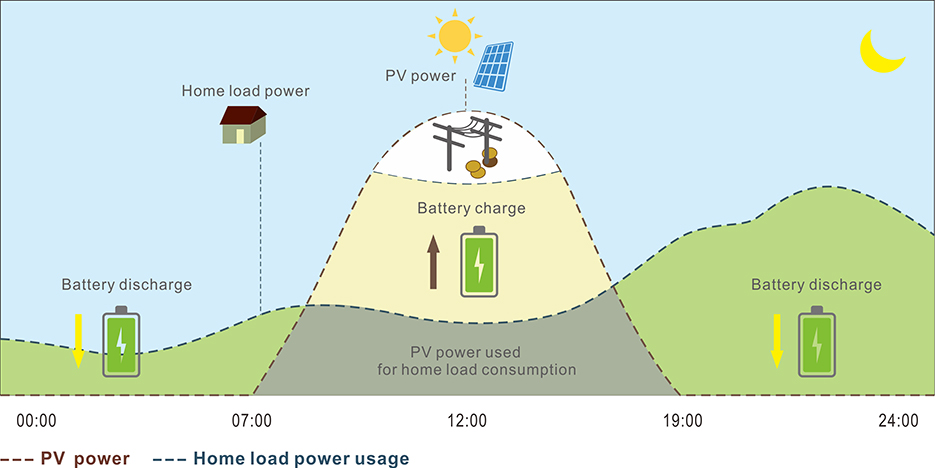 The majority of hybrid inverters can operate in four modes.

Grid-connected mode: functions similarly to a regular solar inverter (no batteries). Its main drawback is that it does not have grid isolation, which means it cannot power your home in a power outage.

Hybrid mode: To increase self-sufficiency, you can store excess solar energy and use it at night.

Standby mode: Functions like a regular solar inverter when connected to the grid and automatically switches to standby power mode in the event of a grid outage. This inverter is able to power your home, charge your batteries, and supply surplus power to the grid.

Off-grid mode: This inverter functions much like an off-grid one. It uses excess solar power to charge batteries and to power loads, but does not connect to the grid.

There are many advantages of solar hybrid inverters which we need to consider when choosing a solution.

Let’s say you want to add a backup battery system to your solar PV system. Not only will you need to buy the battery bank, but also a new inverter and possibly a battery charger controller. The cost price of this whole package is much greater than purchasing a hybrid inverter. Hybrid inverter systems are now more cost-effective and include performance monitoring, charge control, bi-directional AC DC inverter functionality, and charge control.

A hybrid inverter/battery will be more expensive upfront than installing a grid-tied solution. If you are frequently experiencing power outages, or if you want to use the batteries to arbitrate tariffs, this additional cost is worth it.

The hybrid inverter sends system performance data to a company-branded portal on the cloud. You can log in to the app and see how your system performs. The hybrid inverter can also be automatically set to standby when there is sufficient power. These ensure that you make the most of the energy generated by the solar panels, even when you’re not on site.

Hybrid inverters have higher efficiency. Conversion losses can cause power loss when you need to convert AC to DC, or back to DC again. Many hybrid solar inverters can be DC-coupled. This means that DC power is taken from the solar panel and fed directly into the battery without having to convert it to AC and back in the process.

A hybrid inverter has a number of great benefits. It combines the functions of two different devices into one. This can mean a more straightforward installation process for your solar installation program.

You can save money by purchasing a hybrid inverter from the beginning, regardless of how much each component costs. However, if you don’t plan to add battery storage to your system, compare a hybrid solution to a traditional grid-tied solar inverter, as their upfront costs may be lower.

Hybrid Inverters may not be the best solution for all solar panel systems. Here are some drawbacks.

It is easy to install an AC-coupled battery and its inverter if you have an existing solar panel system. Your solar panel system already includes its grid-tied Inverter. However, it will be more costly to swap that part for a hybrid solution.

Some hybrid inverters cannot use the power from solar panels when your home’s power grid fails. As a result, they can be affected by weather or climate change. The battery life is also shorter due to the fact that you must connect the solar panels to the batteries.

And some hybrid inverters allow you to route solar and battery power to a smaller baseload during a grid outage. Some inverters allow you to have full power flow from your batteries to the backpack even if there is no power. But no matter what type of system you choose, it’s essential to understand the system’s capabilities so that you fully understand its limitations when you expect to take full advantage of high-capacity battery output.

While most hybrid inverters have an IP65 weather rating, which means they can be mounted on the outside of your home, not all models are. That’s why it’s critical to ask before you buy.

What is the difference between a hybrid inverter and a regular inverter? 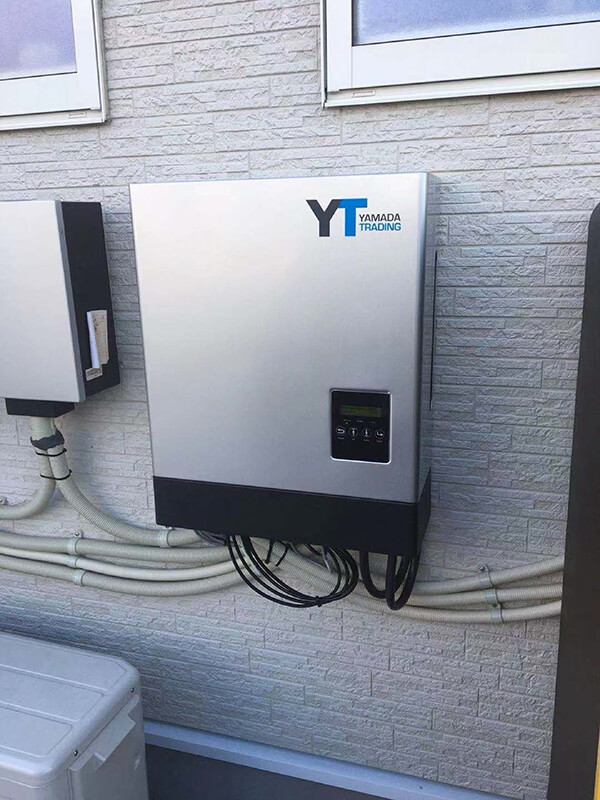 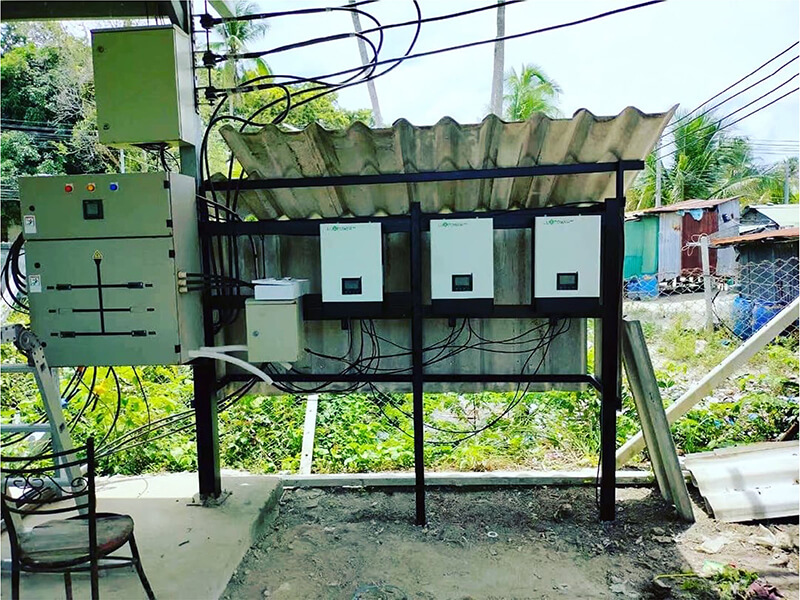 An inverter’s primary function is to convert direct current (DC), to alternating current. It takes energy from the energy source (DC) to do this. Ordinary inverters use fuel as an energy source.

On the other hand, a hybrid inverter integrates that DC power source. In the case of the hybrid solar inverter, one of the sources remains solar energy. It then turns the DC power into AC power – the kind of power you use in your home. You can’t use DC power directly in your home because it can be deadly.

How does a hybrid solar inverter work?

Understanding how a hybrid solar inverter works dramatically helps you to choose a hybrid inverter better. It is an important part of a solar energy system.