Before creating the circuit, you must determine the right type of connection for your solar system. There are two general types of connection. Positive Sun can greatly extend the life of the line. At the same time, we need to purchase cables specific to the solar system. Also, use a solar-specific arrangement. 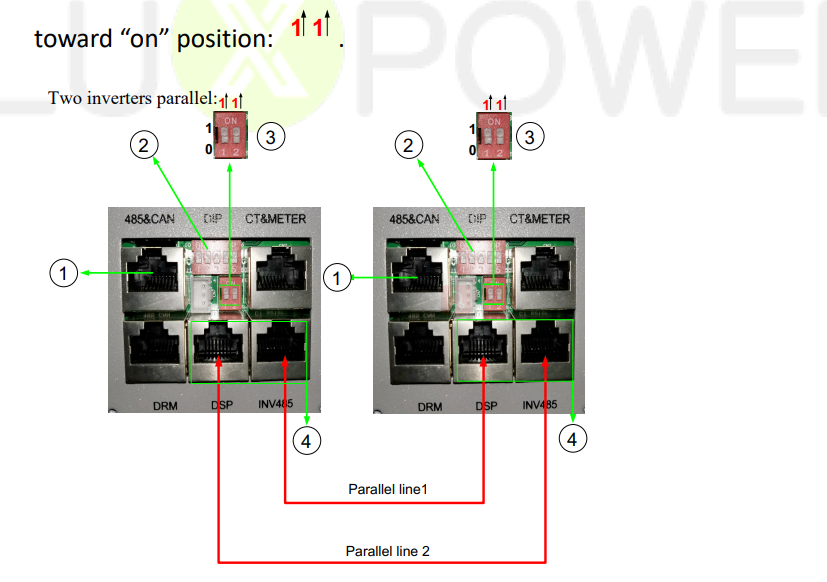 Connecting panels in series increase the voltage of the system. This is due to the fact that the inverter requires a specific voltage from the solar system in order to function properly. So, in order to raise the solar panels’ voltage, we will employ a series connection. However, you cannot connect too many in series, as exceeding the maximum capacity of the inverter will affect its service life. 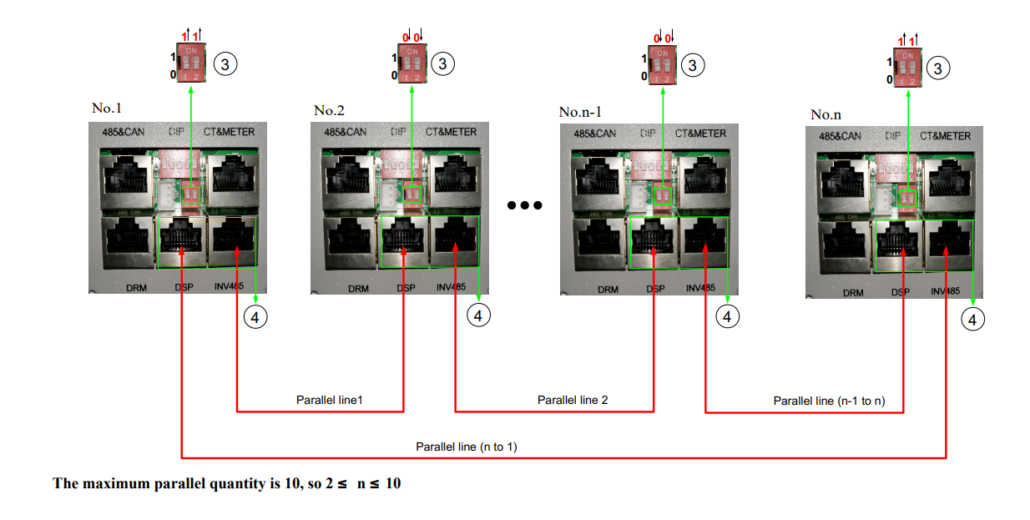 Parallel wiring is preferable for our house inverters. This is so that individual panels won’t have an impact. The remaining panels will continue to function normally even if one of them malfunctions. Of course, there are now also hybrid inverters that support a mix of series and parallel connections. So series or parallel connection is not the only criterion for our choice of an inverter.

How to connect solar panels in series to an inverter

String inverters need solar panels to function and have a rated voltage window. Additionally, it possesses the rated current required for the inverter to function effectively. String inverters have a maximum power point tracker (MMPT), which varies the current and voltage to produce as much power as possible.
Together, solar panel wiring and connectors facilitate the task. And tandem solar panels make an ideal choice for outdoor environments. If you’re an installer, the module you’re using was probably made to use this connector to attach to the junction box on the back of the panel.

The advantage of wiring in series is that power can easily be transmitted over long distances. Disadvantage: If only one panel is covered or covered by leaves or other debris, it can affect the whole string.

How to parallel connect solar panels to an inverter

This is the opposite of series wiring. With parallel wiring, the currents add up while the voltages remain the same. Shaded or covered panels do not influence the rest of the string thanks to parallel wiring. Like series wiring, you can connect different solar panels in parallel. The issue is that your system needs to be set at the minimal voltage, despite the fact that the currents build up.

How to connect solar panels to an inverter

Solar panels and inverters for the home have become a necessity. Inverters allow for the operation of all household appliances for convenience during power outages.
For those who want 24-hour power, solar panels and investors play a crucial role. At some point, due to its quiet and pollution-free capabilities, an inverter is something that every home should have.

How to install the solar panel and inverter yourself

Placing the solar panels firmly on the roof is not a simple operation. We may need professional help. We also need to find the most suitable location for the solar panels. Maximizing the collection of sunlight and converting it into solar energy.

3. Connect the battery to the inverter.

4. Connect the battery to charge the controller.